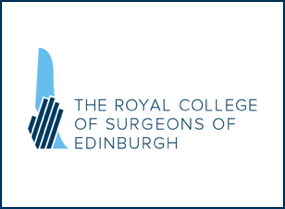 The Royal College of Surgeons of Edinburgh – 4 January 2015:
With the value of the cosmetic dentistry industry projected at a staggering £3.6 billion by 2015, Britain’s oldest and largest surgical Royal College has today issued a stark warning about the long-term consequences of certain quick-fix supposedly ‘cosmetic’ dentistry treatments.

Controversial debates have been brewing on this subject in many dental publications alongside a significant increase in complaints registered by defence organisations – claims rose tenfold from 2005 – 2012.  The Faculty of Dental Surgery at the Royal College of Surgeons of Edinburgh (www.rcsed.ac.uk); which recently opened its first-ever centre of operations in Birmingham to cater for the 80% of its UK membership based in England and Wales; is denouncing a rising trend in vulnerable patients being poorly informed about the longer term harm resulting from some of the most popular procedures. These include ‘smile makeovers’ using porcelain or ceramic veneers on healthy teeth and short-term orthodontics.

Despite a boom in gleaming Hollywood-style smiles popularised in the media through makeover programmes and reality TV shows such as ‘The Only Way is Essex’, the number of complaints involving short-term braces alone has risen by 20% in 2010, with 80-90% of those claims directed at general dental practitioners (sometimes marketed as ‘cosmetic dentists’) rather than specialist orthodontists or specialist restorative dental surgeons. From 2006-2012 the cost of claims relating to aesthetic dentistry increased fourfold.

For instance, in the case of ‘smile makeovers’, patients are largely unaware that up to a third of each of their teeth will be permanently filed down and irreversibly damaged. Many are not told that many porcelain veneers used won’t even last ten years (roughly just half do).

Short-term orthodontics might seem ostensibly less damaging to the sound structure of the teeth, but these treatments have a heightened risk of relapse if the patient doesn’t maintain them in their new position by the use of a permanent retainer, requiring recurrent life-long professional supervision. Failure to comply with this or loss or breakage of the permanent retainer will result in the teeth rapidly tipping back to where they came from. If another course of short-term orthodontic is undertaken to recover the situation, the back-and-forth tipping pressures the teeth will have been exposed to can resorb the roots of the teeth and so compromise their long term retention.

Consultant Orthodontist and Vice Dean of the RCSEd’s Faculty of Dental Surgery Robert Chate, who has previously published the College’s concerns in regards to short-term orthodontics in the prestigious British Dental Journal, feels that some dentists may be putting financial gain ahead of their patients’ wellbeing. He says;

“The rise in complaints clearly shows that the benefits of these quick-fix treatments are undoubtedly being oversold, with little or no mention about their risks and limitations. There is a failure on the part of some dentists to manage the expectations of their patients – placing an overreliance on digital systems, in which the desired outcome is simulated on a computer screen before treatment, giving their patients a rose-tinted view of what essentially will be a limited result. With up to a quarter of orthodontic retainers failing after six years of use, the relapse potential for crowded teeth that have been managed using short-term aligners is very real. Similarly, the risk of root resorption associated with repetitive tipping of teeth if they need to be constantly realigned over a patient’s life-time is very real. Associated with this comes the risk of placing a patient’s long-term dental health in jeopardy, all for the sake of the enticing lure of a quick-fix.

Consultant in Restorative Dentistry at King’s College Dental Institute Martin Kelleher, who is a Fellow of the Faculty of Dental Surgery at RCSEd, is an outspoken critic of what he terms ‘destructodontics’.

“Patients should be given neutral and truthful information about the risks and long-term implications of porcelain veneer ‘smile makeovers’, including real photographs of what their own healthy teeth will be reduced to. This fashion for what I term ‘porcelain pornography’ is a real and present danger for society and the dental profession at large. This type of dentistry appears to be promoted by individuals and in certain dental publications that have strong commercial interests in their proliferation. Lured by promises of rapid  profits, some younger dental colleagues are being encouraged down a path leading to the unnecessary destruction of sound teeth and, in the process, hazarding not just their patients’ health and wellbeing but also their own professional status which is largely based on patient’s trusting them to ‘do the right thing’ for them.”

“The demographics of the patient base being targeted with these supposedly less invasive ‘quick-fixes’ are likely to be young adults who have not had orthodontic treatment in the past – they now have enough disposable income and wish to undergo a ‘convenient’ and quick procedure. As a general rule these individuals can be unwilling or impatient to wait for anything that doesn’t offer rapid results and are therefore prime for being seduced into a treatment that may leave them vulnerable to much more invasive procedures and consequences later on in life.”

“One of the most clinically dubious practices I have seen is the trend for treating teeth that do not require any destructive  intervention, in an effort to achieve a ‘gleaming, matching set of big, very even, white teeth’. For example, if one discoloured upper incisor requires treatment and it is deemed that it should be veneered or crowned (rather than the safer and less destructive bleaching procedure), so sometimes adjacent teeth will also be treated unnecessarily with porcelain veneers or crowns. Can you imagine going to have a knee replacement and the orthopaedic surgeon kindly offering to replace your other healthy knee, just so they match? I call this ‘destructodontics’or ‘double mugging’. People are being robbed of their money and their teeth are being destroyed unnecessarily. In fact ,there are other more sensible treatment options  available to patients  like “bleaching and bonding” which will produce very acceptable outcomes for most sensible patients  but  with minimal biological damage being done to the teeth. ”

According to Trevor Burke, Professor of Primary Dental Care at Birmingham’s School of Dentistry and Fellow of the Faculty of Dental Surgery of the RCSEd (whose concerns have also been published in professional magazine Dental Update);

“Over the past year, I have noticed a seemingly relentless rise in advertising for (almost) instant orthodontics, in which treatment is completed in six months or less. This seemed to be particularly acute at a dental meeting a few months back, when I counted more than thirteen stands offering training of varying duration, but often for two days or less.

I recently attended a lecture on the subject of these treatments being carried out in periods of six to sixteen weeks: it was bereft of references, and scientific information regarding their long-term stability was absent. Most worrying to me was the statement that ‘the teeth were quite mobile at the end of treatment’

The General Dental Council’s guidance states that we must work within our ‘knowledge, skills, professional competence and abilities’ and be appropriately trained. With the large increase in cases against general dentists involving fast orthodontics, it would seem that a rising number of patients are finding that two days’ training is simply not enough.’

In light of recent nationwide reviews in cosmetic practices including recommendations for more robust regulation by Sir Bruce Keogh following the PIP implant scandal, the deans of the four UK dental faculties have recently written to Lord Howe, the Parliamentary Under Secretary of State for Quality, offering their expertise in progressing any further reviews on developing standards and regulations for ‘cosmetic dentistry’.